5 Benefits of a No-Threshold Shower

Posted by Ben Thompson on 11.29.17
Have you seen a no-threshold shower? It's a shower that has no curb or surrounding edge to it, making it flush with the bathroom floor. You may have also heard the terms barrier-free, curbless walk-in-shower or zero threshold, but they are all the same thing. I know what you may be thinking. Where is all the water going to go? Won't I have a flood on my hands after every shower? No! The secret to containing the water is in the drainage system. This type of shower will have either a trench drain, which is a long and narrow drain placed where the shower door would be placed, or a center drain with the floor just slightly pitched towards it.


No-threshold showers are becoming increasingly popular in bathroom remodeling designs for their great benefits. These are the top five.

Here are a few photos of a no-threshold shower that was included in one of our recent bathroom remodeling projects. What do you think? 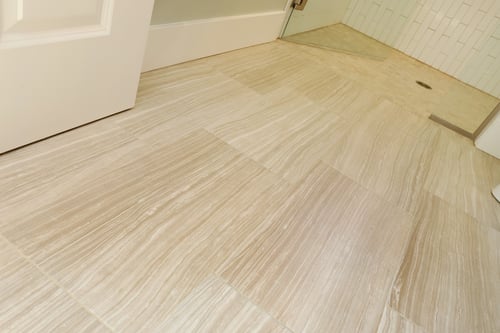 Previous article
Back to all articles
Next article
Blog Subscription

Stay up to date!